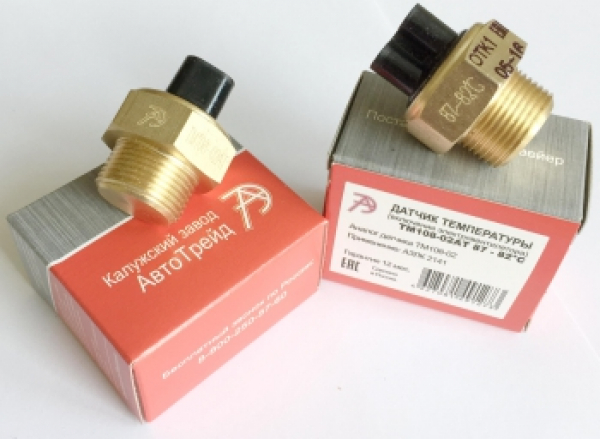 The use of a completely new design has increased the life and reliability of the temperature sensor, ie, increased thermal conductivity, the additional fault protection., Resource sensor is increased by 10 times. Confirmed by tests in independent laboratories

The procedure for verification of the electronic inclusion of the fan sensor performance.

CAUTION: checking the sensor by measuring its resistance directly is not allowed.

Due to the fact that the fan control relay circuit is present, the same relay must be used to verify sensor functionality.

Analysis of 150 pcs. Sensor type TM108 necessitating replacement on vehicles VAZ (obtained from service stations and around Moscow) showed that the main reason for their exit from the system - the degradation of bimetallic discs (72%). The average lifespan of the sensor type TM108 is 1-1.5 years. Single copies "die" after a month of summer car intensive operation.

Specialists of the Kaluga factory "Avtotreid" developed and implemented in the production of functional analogs sensors TM108, TM108-10 and TM108-02. Analogs are fully compatible in size housings and electrical connections.

A feature of the sensors from the "Avtotreid" is a fully electronic design. As the temperature sensing element used digital integrated circuit having very stable settings, unlike the bimetallic disc. As the switching element (electric contact) is applied power transistor . Semiconductor electronic components do not have a limit on the number of cycles on / off as opposed to electromechanical contacts. Driving device includes protection elements against electromagnetic pulses from the relay coil at the time of on / off. Old-timers will remember how much easier was the operation of the car after the appearance of the electronic ignition switch. The new sensors from Kaluga implemented similar solutions in the part concerning the exclusion of mechanical sparking contacts of an electrical circuit.

To the delight of motorists and to the indignation of producers of conventional sensors such as TM108, "Autotrade" released on the market practically "eternal" inclusion of the fan sensor, while its price is even lower than that of the sensors produced by traditional technology.

These electronic sensors are allowed to apply on vehicles with the optional fan relay on and the load current of not more than 1A. 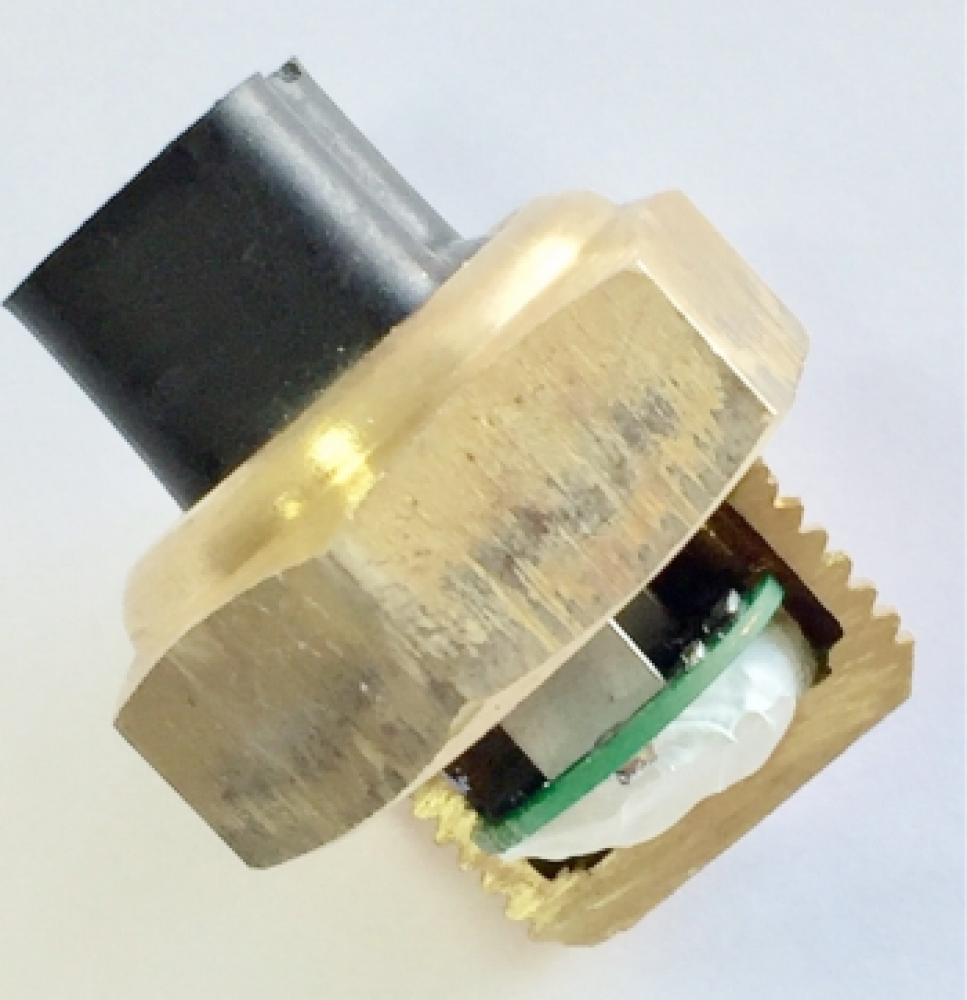